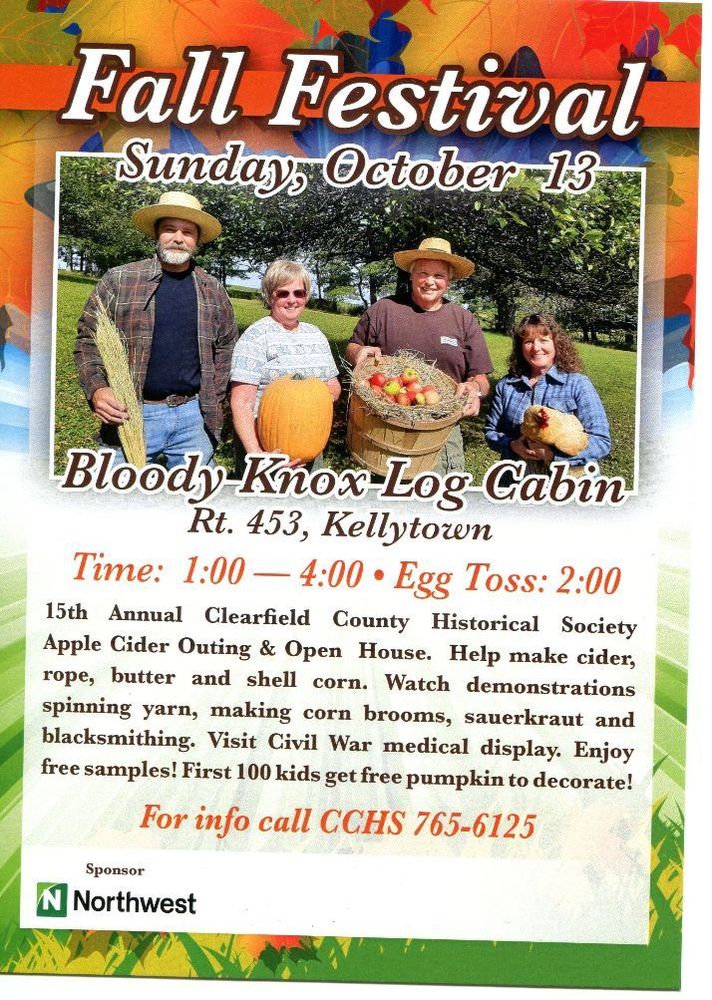 The Clearfield County Historical Society will hold its15th annual Apple Cider Festival on Sunday, October 13, from 1:00 until 4:00 at the historic Bloody Knox Cabin, along Route 453, in Kellytown, between Madera and Curwensville.

This year’s festival will again be sponsored by Northwest Bank of Clearfield and is known to be a family friendly event for young and old alike.  Admission is free of charge.

The Bloody Knox Cabin was the scene of a tragic shootout, during the American Civil War, in December, 1864. That act of violence resulted in the deaths of two men; one a deserter and the other a young private who was part of a contingent of soldiers sent to arrest a gathering of army deserters.

Numerous 19th century displays and demonstrations of craftsmanship will be available for viewing throughout the afternoon.  They include:

In addition, there will be face painting for children and an egg toss contest at 2:00.  The first 100 children under 12 years of age will be given a free pumpkin. County historical books and maps will be available for sale.

The Clearfield County Historical Society is an all volunteer group that seeks to preserve and demonstrate the county’s rich historical past for present and future generations.  The public is welcome to attend.